There has been the rumor that more than 33 drivers would compete in the Indy 500 2018. However, some conservative fans now can relieve. Despite the rumor, the Indianapolis confirmed that the 33 cars will participate in the event. So, the tradition is standing still. 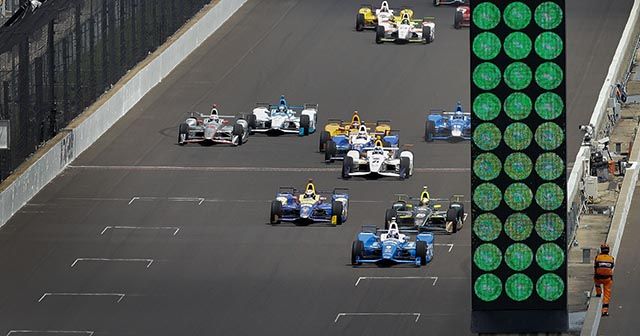 The last two Indy 500 events, both hosted 33 drivers for the qualifying. As the result, the 33 car field was still there. It has been the tradition since 1934 and only failed two times in 1979 and 1997 which hosted 35 drivers. The last time the tradition was compromised when there were 34 drivers in 2015. However, Buddy Lazier failed to make to the spectacle.

This year’s Indy 500 indeeds have more entrants since the 2011 year’s event. The rumors were pretty straight to suggest that there will be a massive number of racers who joined the riot. However, the field still honors the tradition of the 33-car field, and will always be.

Now it has been confirmed. The exact 33 drivers, no more, no less, will be participating in the upcoming prestigious event this May. They will run the Indy 500, without a doubt. Or, let’s be honest. Some of the folks pretty doubted that the tradition would be standing still. The CEO of IndyCar, Mark Miles stated that it never happened to them to go beyond 33. There would be the strict qualifying, and there would be the 33 cars that can participate the prestigious race.
Many agree with his saying. It is one of the most pivotal IndyCar traditions. Eleven rows of three are the symbol of the event, which is significant to all the champions.

There were 35 announced entries of Indy 500 2018 with 34 confirmed drivers. The only confirmed entry without a confirmed driver was Dreyer & Reinbold Racing Chevrolet. Back then, ones were pretty sure that the number could expand to 36 drivers. However, the public knew really well that not all of them would gonna make it. Back then, we knew the tradition and we would like to keep it. So, the IndyCar 500 committee decides to continue with the 33 drivers, just like the tradition.

Are you fond of the qualifying news of the Indianapolis 500?

Be sure not to miss the greatest racing spectacle in 2018, the 102nd prestigious IndyCar event. The organizer will broadcast the spectacle live from the Indianapolis Motor Speedway in Speedway, Indiana. If you are subscribing to ABC, you have such big luck. You will be able to watch it live stream through the BBC apps, or just turn your TV on and hit the ABC channel. This spectacle will happen on Sunday, at 11:00 A.M. ET, May 27th.

Perhaps some of you expect to witness Juan Pablo Montoya get back on the field and participate in Indy 500. Starting from 2014, he has been participating in this marvelous race. However, it is a pity that the fans of Montoya won’t be able to see his latest action in Indy 500 2018.

The public was very happy with Montoya’s return back then in 2014 as the full-time driver to IndyCar. Many fans who had not seen his action for a while were able to follow his latest action. However, there is a bad news. The 42-year-old racer will not be driving for Indy 500 this year.

He confirmed that he would not make his sixth career start in the greatest spectacle in racing, aka, Indy 500. The 102nd running of the event will just pass by. There is a good reason behind this. He wants to focus on Acura Penske to victory lane in the IMSA championship. He is also preparing for his debut in the 24 Hours of Le Mans.

He won’t be driving for the team Penske. Meanwhile, Team Penske has been downsizing to the three-car full-time team this season. The owner of the Team Penske, Roger Penske, gave Montoya permission to try another opportunity for the race elsewhere.